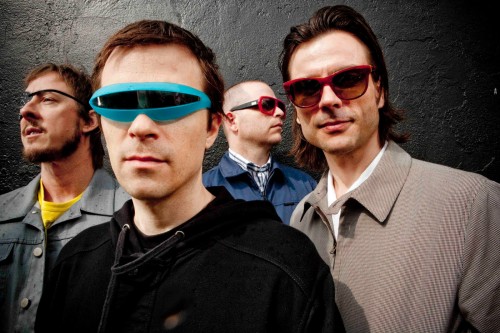 We’ve already heard Foster the People‘s “Pumped Up Kicks” covered quite a few times this summer. The upbeat track by the California breakout band has been transformed into a melancholy song about tragedy (from Toronto singer Royal Wood), a dreamlike glockenspiel track (from Melbourne pop singer Owl Eyes) and a quiet ukulele song (from British ukulele player Sophie Madeleine). Now the smash song is given the covers treatment via a live version from California rock superstars Weezer, who transform the poppy track about how to “outrun my gun” into a stadium anthem.

Rivers Cuomo and co covered the track on their Orange County Fair concert series in Orange County, California. Weezer, who has been known for their love of covers (in the past few months, they’ve covered everyone from the Cars to Radiohead), take the already anthemic track and make it into a crowd sing-along. Check out the video below.

Find out about Weezer’s new music and tour dates on their website.