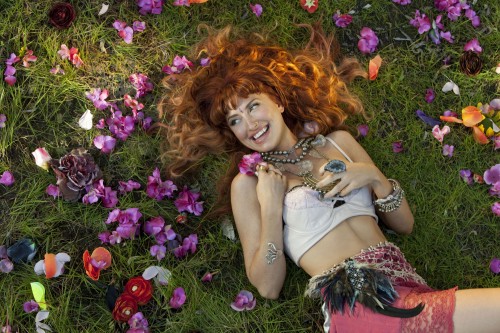 As a 19-year-old rapper from Pittsburgh, Pennsylvania, Mac Miller has reached levels of success his peers would probably die for. A college campus tour he finished this past spring with fellow Pittsburgh rapper, Wiz Khalifa, can be counted amongst his most recent accomplishments. And “Donald Trump,” the first single released from his mixtape, Best Day Ever, has reached over 21 million views on YouTube, which may have helped catch the eye of Neon Hitch. The emerging British pop artist follows up her Khalifa cover with another equally eye-catching video for “Donald Trump.”

Hitch, who has worked with everyone from indie artist Imogen Heap to pop singer Ke$ha, turned the rap song into a more R&B track, letting her twangy voice carry the words that Miller rapped in the original over a slow-moving beat. Hitch’s version is about half as long as Miller’s, but that’s probably about all the time you need to figure out what she’s trying to get across, especially when you hear rewritten lines like, “Labels on my dick, they used to brush me off – that’s cool.” The video takes the song’s subject literally in an unusual stripper/board room vibe. Check out the music video below.

Look for more from Neon Hitch on her website.