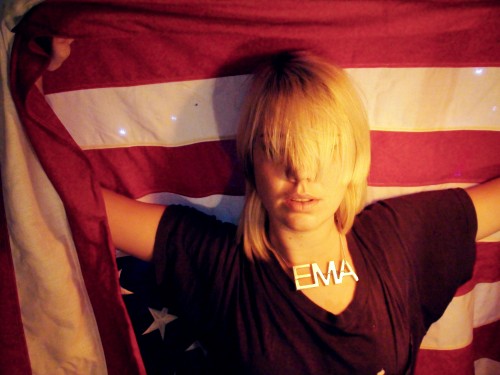 Last month, SPIN released their free tribute to Nirvana’s Nevermind. The final song on the album was EMA covering “Endless, Nameless.” Originally a hidden track on the album, “Endless, Nameless” finds Erika M. Anderson thrashing around in a shoegaze-grunge storm. That storm was all sonic, of course…until now. As her new music video shows, that thrashing was, in fact, quite literal.

Filmed on VHS, EMA’s “Endless, Nameless” clip pays homage to the super lo-fi videos of the ‘90s. “[‘Endless Nameless’ is] about destruction, it’s about feedback, it’s about down-tuning,” she said. “It’s a performative thing they’d do at the end of a show to break shit. I can get into that.”

Get into it she does. Watch the clip – and mourn the destruction of that fine guitar – below.