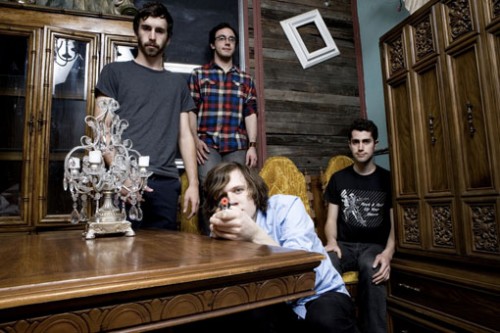 Last week we heard Tokyo Police Club launch their “10 Songs, 10 Days, 10 Hours, 10 Years” covers series with their take on Moby’s “Southside.” Well it’s been four more days since, and that means four more covers. Each song comes from a year from 2002 through 2005, with the series continuing through this weekend. Several also feature guests, including Passion Pit singer Michael Angelakos and Michael Jackson almost-guitarist Orianthi.

Below, stream the band’s covers of Jimmy Eat World’s “Sweetness,” The Strokes’ “Under Control,” Kelly Clarkson’s “Since U Been Gone,” and Queens of the Stone Age’s “Little Sister.” Some stay close to the originals, while others get molded to the TPC template. Tomorrow they’ll be covering Phoenix’s “Long Distance Call,” so get excited for that.

Tokyo Police Club – Since U Been Gone (Kelly Clarkson cover)