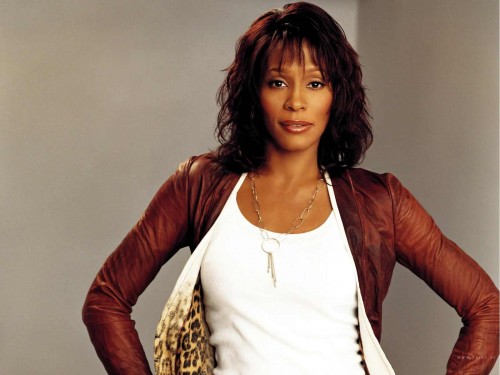 In her 48 years, Whitney Houston has accomplished more than most of us will in a whole lifetime. From modeling to acting to (of course) singing, this New Jersey native has done it all. Her signature powerhouse voice has won her over 400 awards over the course of her career, and ever since her self-titled debut album, Whitney Houston, was released back in 1985, Houston has proven herself to be a game-changer. Her outstanding success helped topple gender and racial barriers in the music industry, paving the way for female recording artists like Beyoncé and Rihanna, who rule the airwaves today. But, really, who would expect anything less from the cousin of Dionne Warwick and goddaughter of Aretha Franklin?

Despite her familial relations, it’s undeniable that Houston’s vision and talent are all her own. Her most recent album, I Look to You, released in 2009, has demonstrated that the soulful singer hasn’t lost her touch. But to celebrate her 48th birthday this year, we’re taking it back to Whitney in her heyday with contemporary covers of some of her greatest hits. All of the tracks only go to show just how long-lasting Houston’s legacy really is.

Undoubtedly Houston’s greatest hit, this passionate power ballad, released in 1992 as the lead single from The Bodyguard soundtrack, smashed records internationally and assured Houston a seat amongst the most talented singers of all time. Fittingly enough, the song is a cover of a country track released by Dolly Parton in 1973. Singer-songwriter Casey Weston, a Florida native and one of the final contestants on NBC’s The Voice, returns the tune to its country roots in her scaled back acoustic rendition.

Hit the Lights – How Will I Know (Whitney Houston cover)

Released in 1985 off of Houston’s debut album, Whitney Houston, this up-tempo pop song spent two weeks at the top of the charts and stood out from the other R&B tracks and power ballads on the album. Ohio-based pop punk band Hit the Lights puts their own spin on the track with heavy guitar riffs and a strong rock rhythm to maintain the original’s infectious energy.

Jessie J – I Wanna Dance with Somebody (Whitney Houston cover)

Also off her second album, “Where Do Broken Hearts Go” was Houston’s seventh consecutive single to hit number one, a first for any pop artist in music history. Californian cover band Me First and the Gimme Gimmes present their punk rock take on the track, speeding up the tempo, throwing in some drums, and topping it off with some electric guitars.

Charice Pempengco – I Have Nothing (Whitney Houston cover)

This soulful R&B track was released in 1993 as another single from The Bodyguard soundtrack, continuing the streak of Houston’s success from “I Will Always Love You” and “I’m Every Woman.” The song is the perfect showcase of Houston’s power and range, which made it a fitting cover choice for Filipino recording artist Charice Pempengco. The young singer is small, but her voice packs quite a punch – she has no trouble doing the song justice with her straightforward rendition of the original.

Check out what’s coming up next for Whitney on her website.