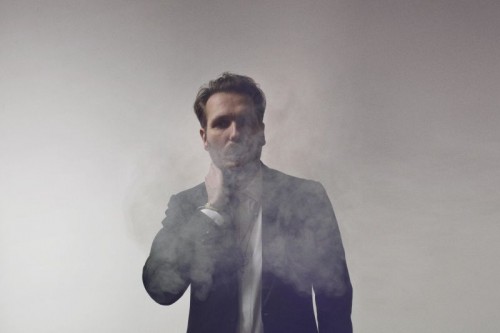 All artists seem to have a different approach to covers. Some try to reproduce the original as faithfully as they can, while others do everything they can to make the song their own. Denmark’s Mikkel Hess – recording and performing under the name Hess Is More – has his own improvisational approach that takes this second method to its outer extremes.

Most recently, he’s covered Simon and Garfunkel’s “The Only Living Boy in New York” and we’re pleased to premiere it below. It’s the first in a series of New York-themed covers. Hess had this to say about the song:

After recently sending the upcoming Hess Is More album off to mastering I needed to work on some other music to stay sane and try keep clear of the classic post creation vacuum. So, I tried my hand on some cover songs free from memory. Simon & Garfunkel / Paul Simon are probably on the Top 3 list of music I have listened the most to in my life. Their original song is just perfect as it is, so I went quite far away from it to get some space and keep it light.

He certainly met the goal of going far away. The vocals consist almost entirely of repeated lines from the chorus, and the music is a nice melange of piano and snare drum along with a wave of electropop. Hess’s sound, both vocally and musically, is reminiscent of some chunks of Stephin Merritt’s catalog, although this cover doesn’t demonstrate Merritt’s focus on lyrics. The track instead offers a dense collage of sounds and layers and textures. In that, Hess lives up to his stage name and delivers quite a bit more.

Check out more from Hess Is More at his website and Myspace.