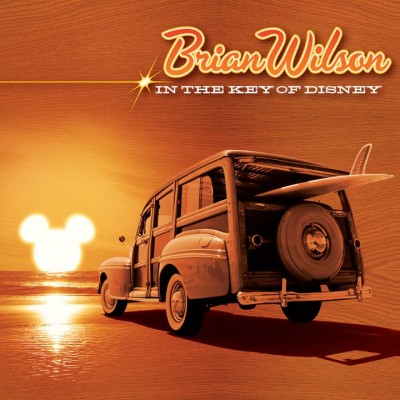 Last year Brian Wilson released the four-star album Brian Wilson Reimagines Gershwin (read our review). Perhaps buoyed by that success, he has just announced his next album: a tribute to the songs of Disney movies. With anyone else, we might be inclined to roll our eyes, but if there is anyone who can deliver definitive performances of these oft-covered songs, it’s Wilson.

“Like every kid in America, I grew up loving Disney, especially the animated classics,” Wilson said in a press release. “The songs from those masterpieces were as much a part of my musical education as anything else. So it only made sense that I would want to put my spin on some of those truly great songs.”

Titled In the Key of Disney, Wilson’s latest promises to bring out the child in us all. The song selection spans decades-old staples and newer Randy Newman compositions. A song like “When You Wish Upon a Star” may have been tailor-made for a Brian Wilson cover. In fact, he already has covered it in a way – in a USA Today interview, he revealed that it inspired “Surfer Girl.”

Below you can listen to the first peek at the album, Wilson’s instrumental blend of “Heigh Ho” and “Whistle While You Work” (both from Snow White and the Seven Dwarfs, duh), and check out the fill tracklist. In the Key of Disney drops October 25th.

In the Key of Disney Tracklist:
01. You’ve Got a Friend in Me (from Toy Story)
02. Bare Necessities (from The Jungle Book)
03. Baby Mine (from Dumbo)
04. Kiss the Girl (from The Little Mermaid)
05. Colors of the Wind (from Pocahontas)
06. Can You Feel the Love Tonight? (from The Lion King)
07. We Belong Together (from Toy Story 3)
08. I Just Can’t Wait to Be King (from The Lion King)
09. Stay Awake (from Mary Poppins)
10. Heigh-Ho/Whistle While You Work (from Snow White and the Seven Dwarfs)
11. When You Wish Upon a Star (from Pinocchio)