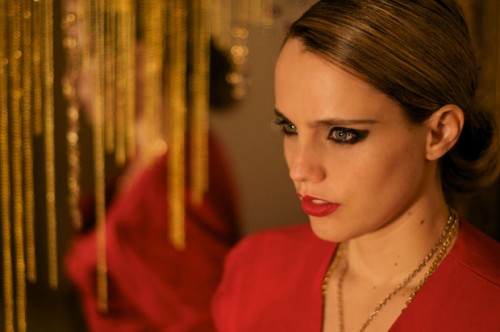 Anna Calvi has developed a lovely pattern on the single releases from her self-titled debut album. The main song becomes the A-side, while a classic oldies cover gets the B-side. So far this year, she’s tackled Elvis Presley’s “Surrender” and Leonard Cohen’s “Joan of Arc” on the disc’s first singles (listen to both below). Her latest, for “Suzanne and I,” offers her third cover: the Shirelles’ “Baby It’s You.”

Famously covered by the Beatles on Please Please Me, “Baby It’s You” sounds more haunting in Calvi’s hands than we’ve ever heard it before. Backed by a lone electric guitar, Calvi delivers a stunning interpretation that brings out the creepier aspects of the lyrics. It’s a fine line between hopeless romantic and obsessed stalker. Listen to it below, along with the previous b-sides. (via NME)

Pre-order the “Suzanne and I” single at Domino Record Co.