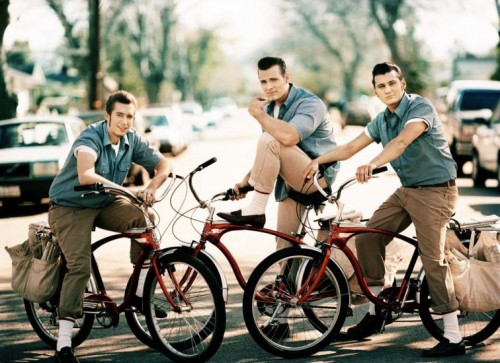 Everyone’s favorite German-rockabilly-covers band the Baseballs are back with their third Lady Gaga cover. Earlier this year they released their version of “Paparazzi,” a somewhat dated choice. Their new take on “Born This Way,” though, hits the cultural zeitgeist this year square on.

They first began performing the song live in the weeks after Gaga released it, but their recent guest appearance on Germany’s YouTube Secret Talents contest is the first time it saw a mass audience. The melody is a little weak to make the bridge to 1950s-style rockabilly gracefully, but the Duane Eddy guitar is a treat. Watch the Baseballs’ “Born This Way” performance below.

Check out more Baseballs at their website or Myspace.