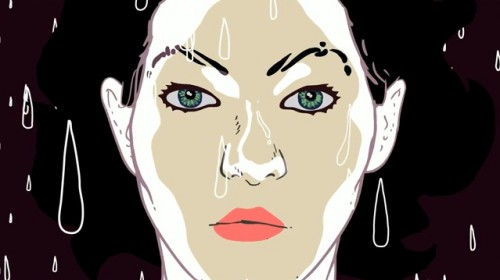 One year ago today, Amanda Palmer released her hit-and-miss tribute album Amanda Palmer Performs the Popular Hits of Radiohead on Her Magical Ukulele and she’s just released a new music video for one of the tracks to celebrate. It’s for her meditative take on “No Surprises,” one of the best tracks on the album.

Directed by Rob Eyal, Palmer’s “No Surprises” clip pays animated tribute to the original video. Eyal and his crew actually filmed Palmer in New York over a year ago, then spent the subsequent months converting the footage into eye-catching animation. It’s an engaging clip on its own terms, but we’d love to see the original footage of Palmer singing the song underwater. Maybe for the second anniversary.

Buy ‘Amanda Palmer Performs the Popular Hits of Radiohead on Her Magical Ukulele’ for $1 at Bandcamp.