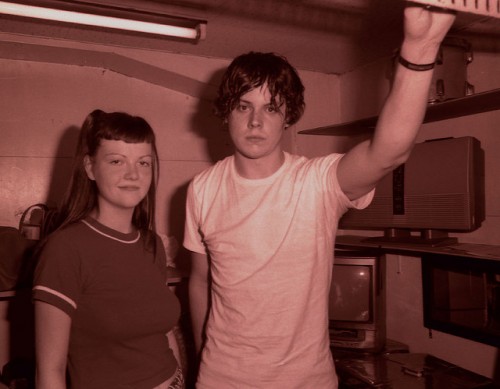 The White Stripes may be broken up, but that doesn’t mean they can’t dig through the archives occasionally. In the latest installment of the aptly-named From the Vault series, Jack White and his label Third Man Records unearthed two super-early Stripes gems, both covers. On the a-side, the duo perform a subdued “Signed D.C.,” a Love cover. Then on the flip, they go through Otis Redding’s “I’ve Been Loving You Too Long.”

The pair recorded the 7” in September 1997, eight months before they released debut single “Let’s Shake Hands.” Both find a young Jack and Meg at their most country-blues: Jack strumming away on electric while Meg hits the down beats. Lord knows we’ve heard tons of covers by the Stripes, but these, while no “Death Letter,” stand as worthy additions to the catalog. Listen to both below. (via OneThirtyBPM/Antiquiet)

One Response to “The White Stripes Release Two Early Covers”