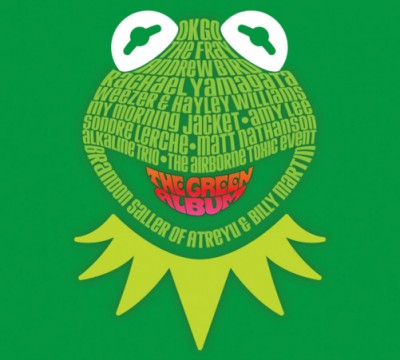 Last we heard about The Green Album, We Are Scientists were covering the whole Weezer album in Brooklyn. Now there’s a new “Green Album” on the scene though, a Muppets tribute that promises to be something special indeed. Our first glimpse at it comes from My Morning Jacket, performing “Our World,” a song from the 1977 Christmas special Emmet Otter’s Jug-Band Christmas. You can listen to it over at SPIN.

“Every December, my friend Cara and I would camp in her basement, furiously running through channels on the old slider cable box, passing time until the next showing of Emmet Otter’s Jug-Band Christmas,” bassist Tom Blankenship said. “It deserves to share legendary status with Rudolph, Frosty, and Charlie Brown [holiday specials].”

Listen to My Morning Jacket’s “Our World” over at SPIN.