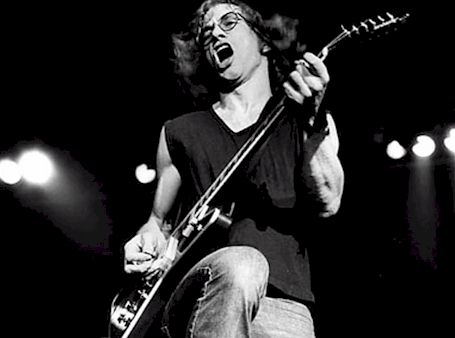 Warren Zevon had paid his dues for years before his self-titled 1976 release would finally get him a fair amount of critical attention and a modest amount of airplay. In his first pass through L.A. he was a session musician and jingle writer, penned a few songs for the Turtles and released a forgettable solo debut in 1970. Then he spent a couple years on the road with the Everly Brothers, both together with Phil and Don and then with each of them solo, like a child of a divorce custody battle, as the brothers were beginning their estrangement. A self-imposed exile in Spain would follow and when Zevon returned to L.A. in late 1975, his pal Jackson Browne was there to help him get a record deal. Zevon had some things in common with his laid-back Asylum label contemporaries, but what separated his music from Browne, Linda Ronstadt and the Eagles was his ability to write caustic and satirical songs about unconventional people often in awkward situations.

Zevon’s songs would introduce us to a collection of junkies, mercenaries, pugilists and psychopaths. The characters were well-developed and would frequently benefit from a dose of Zevon’s twisted humor. In “Werewolves Of London,” the alliteration was as perfect as the hair on the gent at Trader Vic’s. Who else but Warren gives you a neat and cheerful sing-along when a “little old lady was mutilated late last night?” Rehab was never as much fun as when Zevon takes us on a tour of “Detox Mansion.” “Mr. Bad Example” has no redeeming moral values, but the narrator would be the first guy you’d want to have a beer with. And “Play It All Night Long” sounds like the theme song of a redneck reality TV show.

Zevon would spend some of the most productive years of his career succeeding despite himself. Drunk, addicted, paranoid and angry; to put it mildly, Warren Zevon was frequently a difficult guy to be around. Still, friends were amazed at the quality and quantity of Zevon’s work even in his worst years. John Landau remarked that “what was unusual (about Warren) was his level of perseverance mixed with the level of adversity he created for himself.” Zevon would eventually quell many of his addictions and could often be found spending time with an eclectic list of friends including Hunter S. Thompson, Carl Hiaasen, and David Letterman. In 2002, Zevon elected not to be treated for mesothelioma (a cancer that develops in the outer lining of the lungs, usually caused by exposure to airborne asbestos) and spent the last year of his life mending fences and recording his final album, The Wind.

Warren Zevon’s live covers were as varied and unpredictable as he was.  Occasionally he would turn from entertainer to teacher and tell the audience why they should learn about Robert Johnson or Leonard Cohen. Over the course of 30 years of touring, Zevon had his favorites that would pop up from time to time in concert. Our list includes his takes on show tunes, ‘50s rockers, a jazz standard, trios of tracks from Bob Dylan and Bruce Springsteen, a pair each from the Byrds, Robert Johnson and Rolling Stones, the expected (“Raspberry Beret”) and the unexpected (Billy Idol). Some are extended jams, others mere snippets. Noticeably absent is “Knocking On Heaven’s Door” which I’m not certain Warren even had the opportunity to perform live (if he did, it wasn’t recorded). Each song title links to an MP3, or you can download the full set at the bottom. Enjoy every bite.