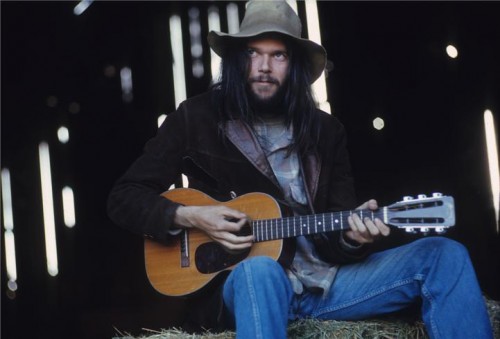 In the past 48 hours, three great new covers have crossed our path/inbox. They have two things in common: they’re all songs by Neil Young and they’re all relatively obscure gems. We thought that worth a special roundup for the hardcore Young fans among you (or just anyone who appreciates good songwriting). If you’re sick of lounge-jazz versions of “Heart of Gold,” well, this note’s for you…

Young once called Time Fades Away “the worst record I ever made” (bear in mind, he said this after releasing Trans). Those who have heard it may disagree, but since it remains the only Young album not available on CD/MP3, that number is dwindling. On their cover of the title track, Stephen Brower and the Silent Majority persuasively make the case for the album’s merits. It rocks and rolls and we’re pleased to premiere it here.
MP3: Stephen Brower and the Silent Majority – Time Fades Away (Neil Young cover) [Cover Me Premiere]

Next month, Alberta singer-songwriter Landon A.R. Coleman releases his debut album. It includes this cover of a tune originally recorded for Buffalo Springfield’s scrapped Stampede album. As Coleman puts it, “there are Jungle-Book-style flutes on it and back-up vocals that could melt Voldemort’s heart.” Well said.
MP3: Landon A.R. Coleman – Down to the Wire (Neil Young cover)

Check out more Neil Young covers in our archive.