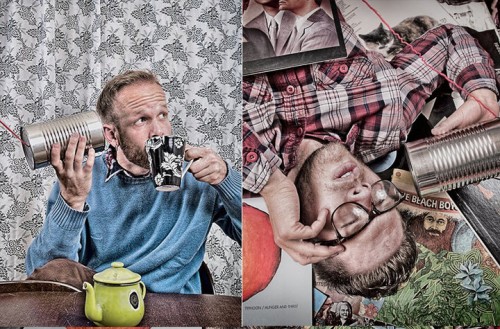 Baltimore-based indie duo Beach House struck gold with their critically-acclaimed album Teen Dream in 2010,  bringing their spacey dream-pop to the masses with popular songs like “Zebra” and “Norway.” Even Phish’s Trey Anastasio admitted to obsessing over Alex Scully’s unique guitar sound in a recent Rolling Stone interview. While their ephemeral sound has become the band’s defining feature, the strong songwriting comes to the spotlight in cover versions of their songs, like Portland duo DoublePlusGood’s rendition of Teen Dream highlight “10 Mile Stereo.”

The most obvious feature of DoublePlusGood’s cover is the operatic vocal, which contrasts the original’s wailing, falsetto-tinged vocal performance. DoublePlusGood, who take their name from one of Orwell’s newspeak terms, substitute Beach House’s sustained guitar notes with danceable synth parts, giving it a more lively feel. Stream and download the track below.

Edit: The original post mistakenly referred to DoublePlusGood as being from Britain, not Portland. Thanks to Erik for the correction.