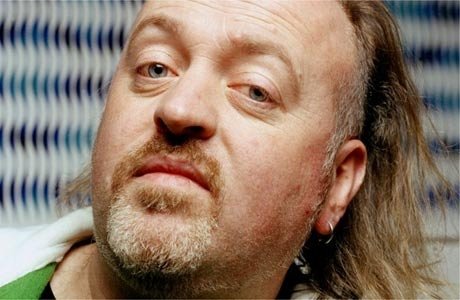 In a preview of what is to come at this year’s Sonisphere Festival, British comedian Bill Bailey has a message for Metallica. Filmed at his rehearsals for his headlining spot on the Saturn Stage at the Sonisphere UK at Knebworth in July ’11, Bailey and his band are ready to take on the legendary heavy metal rockers.

The comedian, musician, actor and producer is ready to sit in for Metallica for their headlining spot should it be needed. Giving a taste of their readiness to rock, watch Bailey and band deliver the opening to “Enter Sandman” as you have never seen before. Unleash the Horns of Rock!

Check out more Bill Bailey on his website.
Cover Me is now on Patreon! If you love cover songs, we hope you will consider supporting us there with a small monthly subscription. There are a bunch of exclusive perks only for patrons: playlists, newsletters, downloads, discussions, polls - hell, tell us what song you would like to hear covered and we will make it happen. Learn more at Patreon.