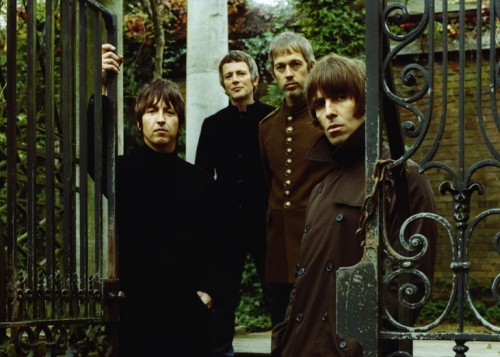 Without Noel Gallagher present to antagonize him, little brother Liam has been able to produce some quality work this past year with his new band Beady Eye (basically Oasis sans Noel) and their cover of “Blue Moon” stands amongst the best of their productions. In a tale of passion being the impetus for great music, Beady Eye delivers a gorgeous rendition of Manchester City’s theme song “Blue Moon,” and then seamlessly transitions it into a performance of their newest single.

In the video, Gallagher puts his love for Manchester City on display with a kiss on the newly designed Manchester kit, and then slowly trails into a haunting, slide-guitar-inspired version of “Blue Moon.” The pacing then picks up and the bridge becomes the band’s upcoming single “The Beat Goes On.” The song ebbs and flows in and out as effortlessly as the tides and never sounds splintered.  So is Beady Eye’s version the best since Elvis’s in 1959, like Liam brazenly states? It’s up to the listener to decide, but kudos to Gallagher for consistently being the first to rain praise upon himself. Watch “Blue Moon” below.

Check out more of Beady Eyes at their website.