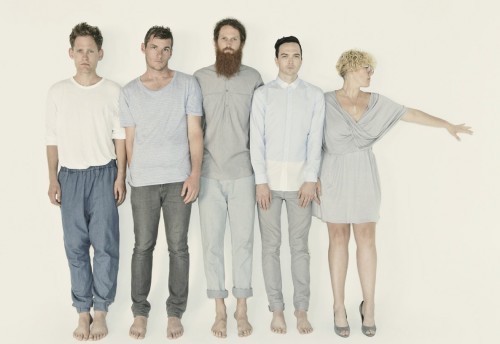 The name London Beat may not ring any bells, but if you were old enough to dance in 1991 you were shaking your booty to their #1 hit “I’ve Been Thinking About You.” Then the perfect accompaniment to a middle school dance or Friday night skate, the song has not really aged well, and most people probably haven’t thought about its instantly-recognizable riff in some time.

The misleadingly-named Australian band Architecture in Helsinki must have found an old mixtape or something though, because they recently dusted this one off at an L.A. show. Although lead singer Cameron Bird sings in the same octave as the original, he brings his own quirky squeakiness to the song. Don’t let his ironic dancing fool you, though, because the band gets into this one wholeheartedly. While it may not get you up out of your seat, it’s good enough to get your fingers tapping, and may even be enough to get you to put on a slap bracelet, a Day-Glo t-shirt and spin up the original.

Check out more Architecture in Helsinki at their website or Myspace.