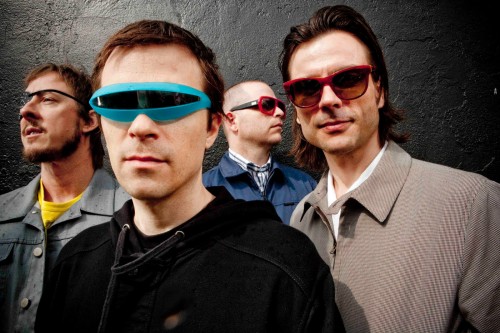 Weezer’s trademark power-pop crunch owes so much to the Cars, a sound-alike cover seems pretty obvious. Add to that the fact that said Cars cover soundtracks Cars 2 and you’ve got a double helping of “No duh.” The fact that they cover the Cars ably is no surprise, but neither is the fact that they display little creativity.

Still, we’ll cut them some slack after their recent left-field Radiohead cover. “You Might Think” just sounds like the guys having some fun in their natural element. Rivers Cuomo intones “You kept it going ‘til the sun goes down” with a knowing wink and the band ably churns along behind. Listen to it below. (via Spinner)