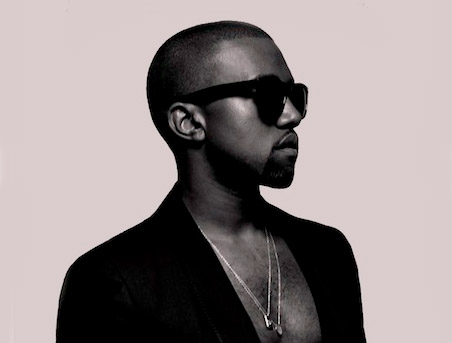 There are a lot of ways to describe Kanye West: hitmaker, innovator, rapper, producer, fashion designer, philanthropist, controversy-starter, and (some would argue) egomaniac. This week Kanye turns 34, so we’re simply saying “Happy Birthday!” with five covers of his biggest hits. No matter what you think of his often inflammatory behavior, there’s no denying his musical talent. Considering the number of hits and amount of attention Kanye has had since releasing The College Dropout in 2004, it’s no surprise that a diverse and high-profile group of artists have covered his tracks. West is known for his diverse catalog of collaborators, and his admirers are just as widespread, from an emo forefather to a movie star turned musician.

Patrick Stump – All of the Lights (Kanye West cover)

One of the most recent Kanye covers comes from Fall Out Boy frontman Patrick Stump, who has proven himself as a talented musician with eclectic tastes since leaving his emo roots behind for a solo tour and album. During the tour, he’s taken Kanye’s “All of the Lights” on the road. Stump’s cover retains more of a hip-hop sensibility than the other covers on this list, but it’s novel to see the former emo kid branching out into new genres, and doing it well. The title of his upcoming record, Soul Punk, suggests he’ll be doing more of the same in his own music.

Kanye has worked with a huge assortment of artists, from Daft Punk to Jamie Foxx to Bon Iver. In light of their clever cover of 808s and Heartbreak single “Love Lockdown,” he should consider tapping gloomy London rockers White Lies for a collaboration. Released as a b-side for “Farewell to the Fairground,” their take on “Love Lockdown” begins as a sparse, staccato affair, focusing on Harry McVeigh’s bass vocals. The second half of the track blooms with the band’s trademark arching, large-scale guitars. The decision to draw from the chilly, serious 808s means that White Lies is more successful in marrying their dark rock sound to Kanye’s music than 30 Seconds to Mars, who will appear further down the list.

A cover of “Runaway,” Kanye’s second single from My Beautiful Dark Twisted Fantasy, has been cropping up this year in Eliza Doolittle’s live sets. Doolittle is no stranger to hip hop/R&B covers, having also taken on Cee-Lo Green’s ubiquitous “Fuck You” and Bruno Mars’ “Grenade.” She follows the pattern established in those tracks with “Runaway,” choosing a laid-back arrangement to complement her sweet, London-accented vocals. The overall effect is an oddly feel-good atmosphere, something far less venomous than anything Kanye himself has ever produced, and better suited to Doolittle’s cheeky, lilting delivery.

Rock bands seem particularly drawn to Kanye tracks when considering covers. Welsh indie four-piece The Automatic took on “Gold Digger,” making it a staple of live sets during their Not Accepted Anywhere tour. The track sneaks up on listeners by starting with some very low-key vocal harmonizing before Robin Hawkins’ raspy vocals burst out. The frenetic pace of his singing and the surprising inclusion of a flute make this cover one of the more unique entries on this list.

30 Seconds to Mars is one of the last bands you might expect to produce a good Kanye West cover, but they did just that on Radio 1 with a slow, atmospheric take on “Stronger.” The Daft Punk sample of the original gets replaced with dark, ambient instrumentals for Jared Leto to intone over. Sometimes the resulting clash between form and content has slightly comical results: lines like “You could be my black Kate Moss tonight” just aren’t as gloomy as Leto makes them out to be.

Bonus video: Glee – Gold Digger (Kanye West cover)
It’s a clear sign that an artist is completely entrenched in America’s pop culture consciousness when Glee covers one of their songs. Kanye got the honor early, when “Gold Digger” was featured in the second episode of the hit show. The track sounds, unsurprisingly, exactly how you’d expect a Glee cover to sound. There are big, very polished solos and bigger, expertly harmonized choruses (and a nicely choreographed dance number). Of course a fair percentage of the lyrics aren’t suited for a primetime TV show about high school kids, so the cover lacks the clever punch of the original, but the cast of Glee does create an infectiously catchy and well-arranged cover.

Check out more from Kanye West at his website or Myspace.

One Response to “They Say It’s Your Birthday: Kanye West”