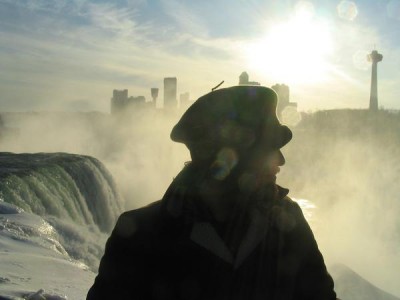 “The Golden Age” is the first track off Beck’s Sea Change, a depression-filled, acoustic departure from everything Beck fans had previously known. The irony of the title is not the only paradox; though it’s a slow song, Beck sings “Golden Age” almost lightheartedly, describing barely getting by and his general apathy toward life. When you’re writing a full album’s worth of hangdog tunes, it’s not a bad idea to avoid moping right off the bat.

Strand of Oaks doesn’t have to consider all of that, though. Timothy Showalter is able to slow Beck’s lament down to lament-worthy speed, ditch the keyboards and slide guitars, and really let the sadness seep into the song. The ambiance gained by recording in a chapel doesn’t hurt either, and although his vocals come through crisply, his wandering guitar swirls with expansive reverb. The result is a faithful, but haunting, version of the song. (via I Am Fuel, You Are Friends)

Check out more Strand of Oaks on MySpace or Bandcamp.