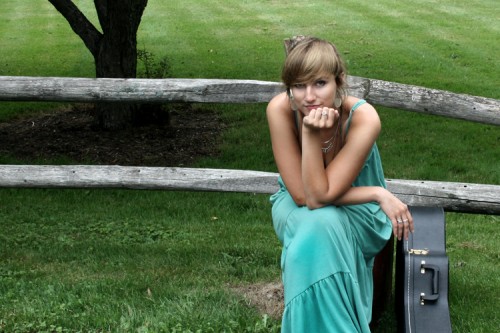 The origins of Bon Iver’s debut For Emma, Forever Ago are well documented and revered; his ghostly choirs still sound as cold as the Wisconsin cabin they were recorded in. More recently, he was recruited for Kanye West’s cinematic My Beautiful Dark Twisted Fantasy and subsequent live performances. Bon Iver’s first single, “Calgary,” from his upcoming sophomore album has a production style that is more closely aligned with his work with West than those early acoustic recordings.

If you are longing for that early Bon Iver sound, singer Juliana Richer Daily has your back. Even if you like the direction Bon Iver is taking his talents, Daily’s version puts the emphasis on the half-told story in the lyrics, which is buried in the orchestration of the original. Her whispery backing vocals recall the classic Bon Iver falsetto, and her harmonies perfectly match the longing of this song.

Check out more from Juliana Richer Daily at her website and MySpace.