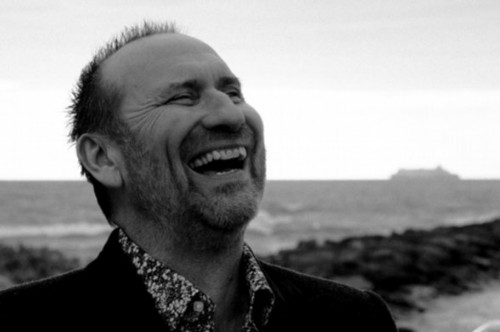 The conspicuously-Australian Colin Hay has had an interesting career of associations, first getting attention in the ’80s as the lead singer of Men At Work and then finding moderate (but not “Down Under”-level) success as a solo artist. In the past decade his solo acoustic work has caught the eye of actor Zach Braff, who chose one of Hay’s songs for his platinum-selling soundtrack to Garden State and even gave him a cameo in an episode of Scrubs. He recently sat down in a setting eerily similar to NPR’s tiny desk to record a few videos for Rolling Stone, performing a few originals and, at their insistence, a cover of the Beatles‘ Rubber Soul classic “Norwegian Wood (This Bird Has Flown).” He quips that he considered playing Lady Gaga’s “Born This Way,” which undoubtedly would have been priceless, but he does a fine job with the Beatles tune anyways.

Hay’s thick accent and unique, ringing guitar style inevitably keep it from sounding too much like the original, infusing his own trademark sound into the classic riff and lyrics. His sound works beautifully for vaguely narrative songs with rich imagery, making “Norwegian Wood” a natural choice for him. He also has the characteristic folksinger’s penchant for storytelling and lengthy song-introductions, giving the video a personal feeling that goes beyond just the song itself. Watch the video below. If you don’t have a tolerance for banter or Aussie accents, the song itself starts at the 2 minute mark.