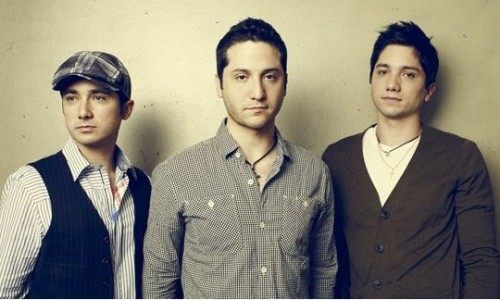 Sarasota, Florida band Boyce Avenue is a YouTube cover sensation. One quick look at their channel will show cover videos that have garnered almost 17 million views. Since we last wrote about them in November (when they covered Britney Spears’ “Circus”), they’ve released cover songs of Katy Perry, Black Eyed Peas, Taylor Swift, and Kings of Leon, to name just a few. Now, they’ve released yet another song in a string of pop acoustic covers: British soft-rock favorites Coldplay‘s new track “Every Teardrop is a Waterfall”.

Now, the sappy title of the song (and lyrics like “But my heart is beating and my pulses start/cathedrals are in my heart”) and the original’s trademark soaring Coldplay sound suggest the Coldplay we all know and love/hate. On Boyce Avenue’s cover, though, the stripped-down song becomes that much more powerful without the grand theatrics. Keeping the same uptempo beat as Chris Martin and company, Boyce Avenue features an acoustic guitar and lead singer Alejandro Manzano’s raw vocals. They create a cover that is almost a teenage anthem: a call for all listeners to “turn the music up”.

Boyce Avenue – Every Teardrop Is a Waterfall (Coldplay cover)