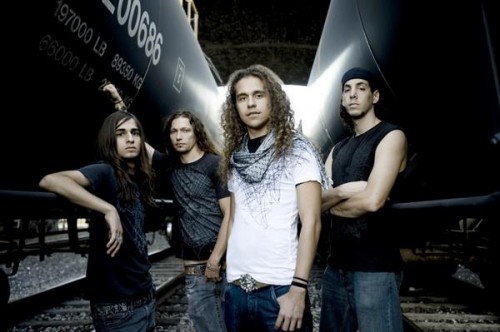 I’ve been trying to make sense of this one for an hour. What you’re looking at here is Vayden’s alt-rock-ish cover of the Kanye West/Jay-Z song “H.A.M.” (which, in case you were wondering, stands for “Hard As a Motherfucker”). It’s, well, it’s remarkably similar to the original…but different.

Technically, Vayden stick to Kanye and Jay-Z’s version of the Watch the Throne single rather closely, but the end result carries little of the original swagger. The band swapped choirs with humming, hip-hop with angst-pop – minor changes that make a major difference. The band intends to use the song to raise awareness of and funds for resistance efforts in Libya, as we can see in the music video. Hey, I’m not gonna knock them for trying to help beleaguered rebels, no matter how tenuous the connection between the message in the song/video and Libyan protests.

Still, Vayden’s most remarkable achievement lies in their use of the original’s tongue-in-cheek bombast as source material for an angsty pop-alt anthem that would have no trouble backing one of those Army ads. It’s a pretty good call to arms. Maybe that Libyan connection isn’t so far-fetched after all.

Check out more Vayden at MySpace.