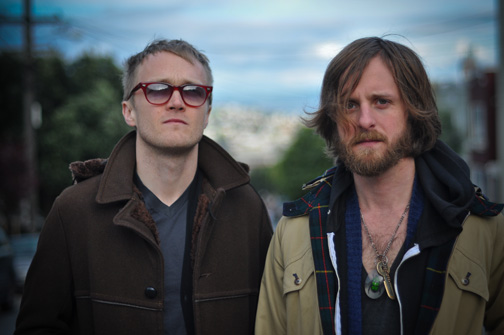 It’s been a while since we’ve heard from Two Gallants. After six years steadily building a following, the San Francisco garage-Americana duo ducked out of sight in 2008. Now they’re back, prepping a return to the stage and studio in June. Last month they gave their patient fans a preview.

At a surprise hometown show at the Guerrero Gallery last month, they busted out this cover of Abner Jay’s “I’m So Depressed.” It stomps and rolls with the roots-garage sound that band long ago perfected. Adam Stephens’ raspy moan seems to be in peak form and Tyson Vogel hits as hard as ever. OutOfFocus TV filmed the whole thing. Watch “I’m So Depressed” below. (via You Ain’t No Picasso)

Check out more Two Gallants at their website or MySpace.