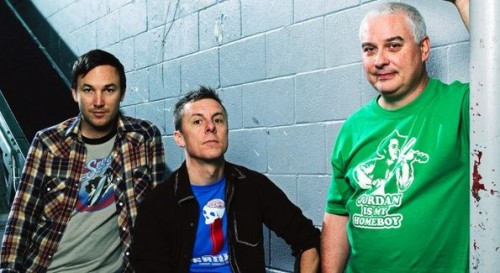 A few months ago we posted about a lovely folk-infused cover of LCD Soundsystem‘s old favorite “Someone’s Great” by Fort Worth, TX band Toadies. The band released the cover for Record Store Day, just around the time that James Murphy was taking his final bow at Madison Square Garden. Now, the Toadies are back with a video for the song. It’s a live version of the cover recorded at the 2010 Dia De Los Toadies Festival, a festival founded and curated by the band that features all Texas artists (past artists have included Ben Kweller, The Secret Machines and The Heartless Bastards).

The video of the cover, shot by award-winning documentarian/Toadies guitarist Clark Vogeler, shows the intimacy of the cover and the way that the band captured the loneliness of the song, making the words that much more meaningful. The cover services the original so well, but adds the Toadies own signature touches, like a beautiful mandolin, to create an entirely new tone for the song. Watch it below.

Find out more info about The Toadies and their fourth annual Dia De Los Toadies (taking place on August 26 and 27 in New Braunfels, TX) on their website.