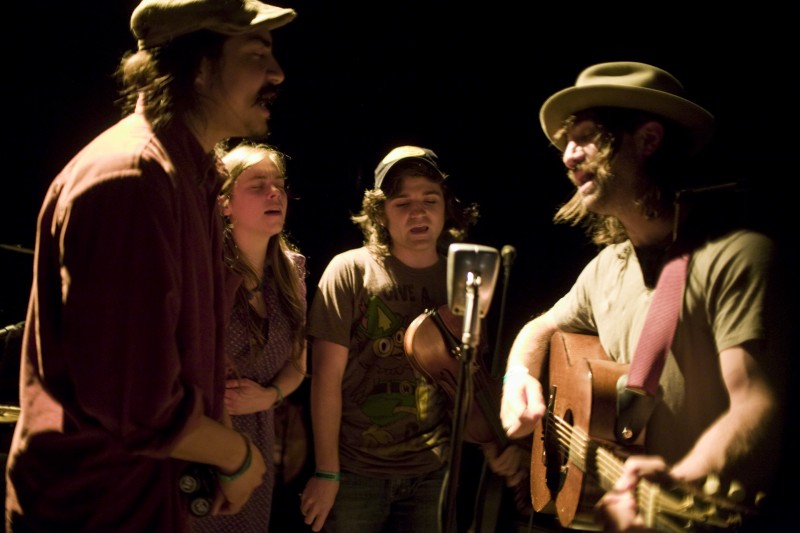 We’ve featured a few covers from The Voice Project here already, but every video they post is just as brilliant as the next. In support of the charity’s effort to raise money for women in Uganda, Rhode Island folkies The Low Anthem recently assembled backstage before a concert at Boston’s Old South Church to play “The Mermaid Parade,” written by Matthew Houck under his moniker Phosphorescent. The cathedral setting and the intimate circle of musicians both fit TLA perfectly, reflecting the delicacy and beauty of their sound and back-porch singalong performing style. Add this one to our Low Anthem live collection!

Ben Knox Miller, the main presence in this group of multi-instrumentalists, sings lead with his subtly raspy vocal style while reading the lyrics from a napkin and playing guitar, accompanied by the band’s usual assortment of antique and offbeat instruments. Their stripped-down approach puts the focus both on the song’s lyrics and the equally-gorgeous acoustics of the room. The recording seems to be occasionally interrupted by the unmistakable sounds of someone messing with the volume on their laptop, but even that gives it a more spontaneous, live feel. Watch the video below.

Learn more about The Low Anthem at their website and The Voice Project at theirs.