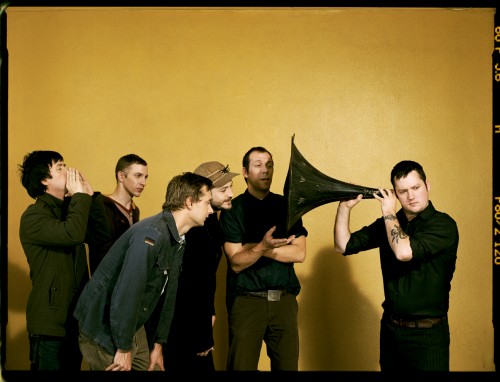 You’ve heard about the upcoming tribute album and listened to the Black Keys’ cover of “Dearest,” now another song from Rave On Buddy Holly has surfaced. On her KCRW show this past weekend, DJ Liza Richardson gave us a sneak peek at Modest Mouse‘s version of “That’ll Be The Day.”

The band do nothing less than completely deconstruct the song, playing up the dark undertone to the lyric hidden under the poppy rock and roll of the original. They juxtapose a country stomp, start-stop verse with a vastly slowed down and atmospheric, harmonized chorus. To check out the track, go to the KCRW site here (the May 7th show), and fast-forward to the 6 minute mark in the show. As a special bonus, you can fast forward again to the 36 minute 35 second mark to hear Cee-Lo Green‘s version of “(You’re So Square) Baby, I Don’t Care.”