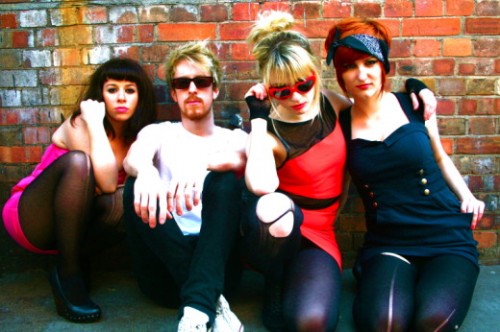 You can tell a lot about a band from their Facebook or Myspace page. For example, this band Pris, which has just tried its hand at covering The Clash, refers to itself as “hormonal gutter power pop band” and has put, among others, the following endorsements in their info section:

Pris does everything a good cover should do on “Janie Jones,” but its hands-down biggest achievement is in nailing the punk rock snarl. You can hear it in the vocals: the singer’s jumping around stage like a wild chimp on a pogo stick; she’s swinging the mike stand like there’s an invisible piñata hanging just above the stage; and most importantly, every time you see her face, you’re reminded that she really hates you. Not since Johnny Rotten circa 1977 have adoring punk fans been treated to such malice. And that’s a compliment. Listen to it below.

You can (and should) check Pris out at their Facebook page, or listen to more of their stuff on their Soundcloud.

One Response to “Let Them Know: Pris Nails the Clash’s “Janie Jones””