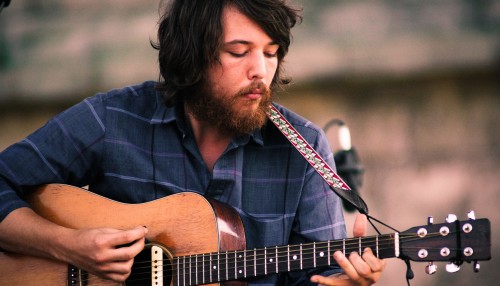 Traditional folk music consists of a library of songs, passed between performers and down generations, with no real, identified songwriter. Each performer would change the lyrics and arrangements to suit themselves, or out of failures of memory. Only since Bob Dylan popped on the scene did the focus change from the performer to the songwriter.

Fleet Foxes, currently touring to promote their new album Helplessness Blues, remember this tradition, and frontman Robin Pecknold shares a folk standard in their latest shows. He performs a solo version of “Silver Dagger,” a number dating back over 100 years, but associated most famously with Joan Baez and recorded by Ian & Sylvia as “Katy Dear.” Pecknold keeps it simple, strumming his acoustic, reminiscent of Dylan’s early solo performances. Watch the video below. (via TwentyFourBit)