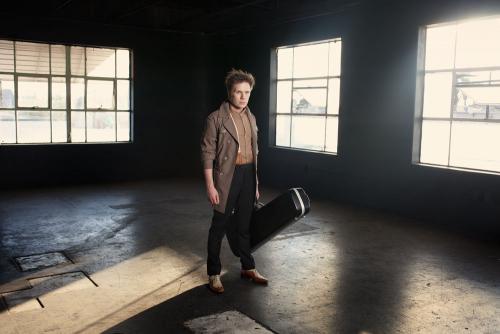 There’s something to be said for versatility in an artist. Just like how there are so many actors-turned-directors, it seems we’re more often seeing artists-turned-producers/co-writers/etc. It makes sense. Aside from the sheer megalomania of fame, most artists want to have their fingers in as many ventures as possible simply because they know they’re good at what they do. The best of these know that they’re good at more than just what they made their names on in the first place.

One such artist branching out is Patrick Stump of Fall Out Boy. For years, the pop-punk icon has been reaching out into the hip-hop and R&B scene with his producing, guest vocals, and occasional songwriting. Now, in what he calls his “mini-residency” tour to promote his recent EP Truant Wave and upcoming album Soul Punk, he’s showing more than just a business interest in other genres. He’s showing what matters most: a love for the music he’s working with.

We recently saw him take on some jazzy Tom Waits scatting; now, in the clip below from Rolling Stone, we get a nice, high-quality clip of his take on Kanye West’s “All of the Lights.” Refreshingly, this doesn’t seem to be a gimmick, as the tune appears to be a staple of his tour (oftentimes transitioning out of Gym Class Heroes’ “Cupid’s Chokehold”), if the YouTubes are any indication. Enjoy.

Patrick Stump – All of the Lights (Kanye West cover)