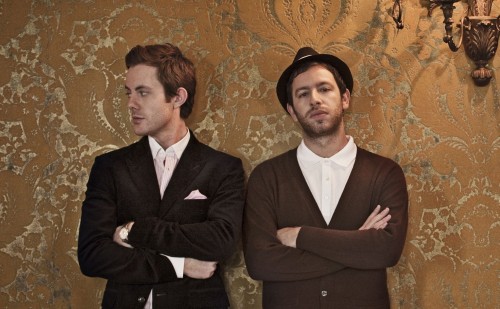 In just the past few months, we’ve heard an unprecedented number of Foo Fighters covers. We had “Floaty” by a violinist (Petra Haden). European choir Scala and Kolacny Brothers took on an old favorite, “Everlong.” We even heard a rumor that William Shatner will be recording a metal cover of “Learn to Fly.” With this latest reimagining of Foo Fighters’ new hit off of their April release Wasting Light, the Foos continue their streak of being one of the most covered bands we write about!

“Rope,” a song that was seen as a return to the grunge days of Dave Grohl and Nirvana (and which was produced by Butch Vig, producer of Nirvana’s Nevermind), has been re-made into a light new wave-y electropop gem by London electronic production duo Chase & Status. The female singer’s voice offers a welcome variation on the already amazing Dave Grohl vocals and turns the song from a headbanging, heavy rock track to a groovy, clubworthy dance hit. As the singer yelps “Oww, on a kiss I’d save my breath for you” atop a slow and smooth electro beat, the song transforms into a heartbreaking song about a relationship breaking down to a sensual, slightly eerie synth jam. (via BBC)

For more information on Chase & Status, check out their website.