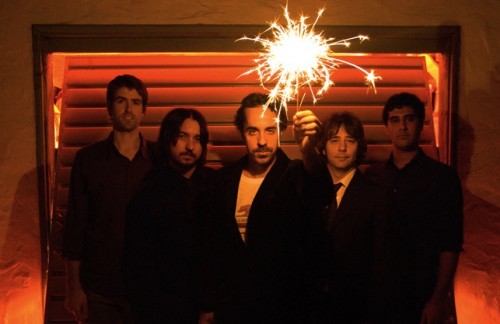 Since releasing their debut album in 2006, ambient rockers The Coral Sea have kept busy: crafting the follow-up Firelight, appearing not once but twice on Grey’s Anatomy, and heading on tour with The Walkmen and Silversun Pickups. They have also found the time to offer a pair of covers as free downloads, drawing inspiration from two very different places.

The first track is the oft-covered “Heartbeats,” originally recorded by Swedish duo The Knife. Inspired by José Gonzalez’s laid-back interpretation, Ellie Goulding performed the song on Live Lounge this year. Now The Coral Sea craft their own version, which stays truer to the original. They trade out The Knife’s electro groove for a more straightforward guitar line, producing a surprisingly up-tempo version considering their generally gentle sound.

The California band goes more low-key on their other cover, a drifting take on Pixies’ “Where Is My Mind.” Rey Villalobos provides halting, sensitive vocals that are layered over characteristically atmospheric washes of gentle sound. The original track was featured in Fight Club, while this rendition is much better suited to Grey’s Anatomy. Maybe it can be their third appearance.

MP3: The Coral Sea – Where Is My Mind (Pixies cover)

Check out more from The Coral Sea at their website or Myspace.