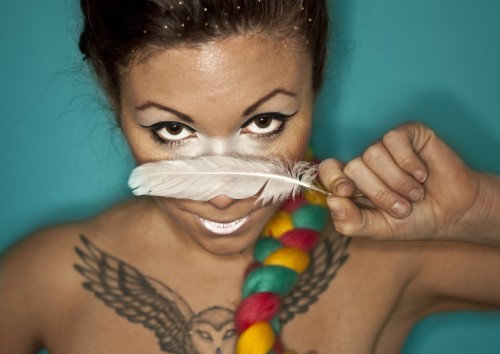 As we noted on Monday, Bird Call is putting out her covers EP, Other Creatures, on May 24th. After hearing the opening track from the album you might be reminded of a similarly-named group who put out a covers album last year: The Bird and the Bee. Their tribute to Hall & Oates was a very subtle updating of many of that duo’s greatest songs; they took the ’80s versions and lovingly tweaked them just enough to make them sound modern.

While the artists don’t necessarily sound the same, Bird Call takes a similar approach with Beck’s “Lost Cause,” and she’s at it again with Kate Bush’s “The Man with the Child in His Eyes.” All of the original elements are still in place: piano, strings, and even Bird Call’s strikingly similar voice. The piano arrangement, played by her mother, does have a few changes, “but overall we tried to keep it as definitively Kate Bush as we could.”

Other little differences are the removal of some of the orchestral flourishes and the addition of ghostly backing vocals. Bird Call says she “wanted to keep all the glittery ethereal aspects of the original with ‘80s synth pads and tones, etc. But I definitely wanted my own thing added to it as well.” Mission accomplished. In the end, the song is denser, but for all the similarities it still sounds incredibly fresh.

Check out more from Bird Call at her website or MySpace. ‘Other Creatures’ drops May 24.