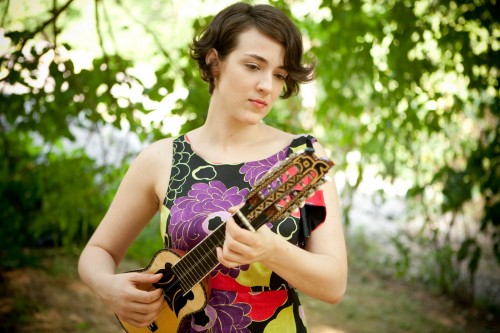 Regular readers here at Cover Me know that we often post spaced-out covers of more earthbound songs. Take Emmalee Crane’s “Pretty in Pink,” for example. The reverse tends to appear less frequently. Sometimes spacey songs just don’t sound right outside of that setting and sometimes there’s just nothing going on underneath all of the effects. Not the case with Animal Collective’s “My Girls,” however.

New York-based singer Becca Stevens released her second album a couple of weeks ago, featuring her more down-to-earth rendition of that track. No stranger to covers, she sang lead vocals for an 18-piece jazz band that played Björk covers. She once again proves to be a master interpreter, with a primarily acoustic arrangement that builds nicely. Oh, and her voice sounds so refreshingly honest. Listen to the track below. (via We All Want Someone to Shout For)