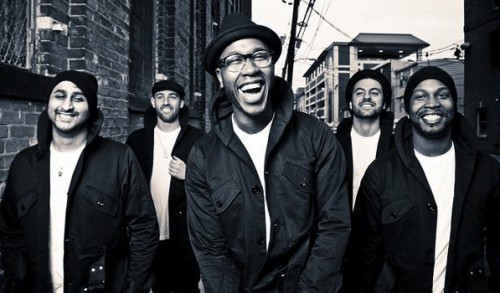 Oftentimes, it’s hard to love a faithful cover. One might wonder, “if it’s so close to the original, why shouldn’t I just listen to the original?” It’s a difficult position to argue against, especially for those of us who listen to more than our fair share of covers. Most of the time, a perfect replication of rhythm and tune and even those tiny little sound effects that give a song some of its nostalgia in our memory does add up nothing more than impressive mimicry.

This is not one of those times. Following up on their Michael Jackson homage, Boston’s Bad Rabbits have put together a cover of Smashing Pumpkins’ “1979” that is at once faithful without being derivative, beautifully original without breaking any new ground. They go so far (or remain so close, if you will) as to retain the song’s quiet little drum intro, and from there on out they seem to replace everything in the song with something just as ethereal and beautiful. The song’s instrumentation is painted in shades of synth and dream-poppy guitar, and singer Dua Boakye’s voice delivers a soulfulness that fortunately is accompanied by an intelligibility that was somewhat lacking in Billy Corgan’s original mumbles. They manage to beautify without straying, a rare feat indeed.

Check out more from Bad Rabbits at their website and MySpace.

One Response to “Bad Rabbits Drop a Faithful but Beautiful “1979””