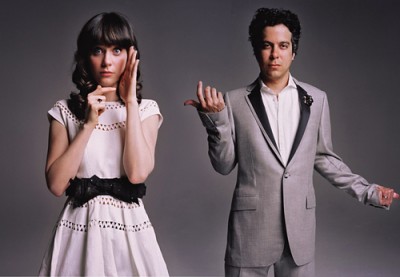 Zooey Deschanel already makes up roughly 70 percent of Internet content with fashion articles, music blogs, and personal tumblrs of every hipster boy who would do anything just to see her in the flesh. By adding an adorable cover of the Winnie the Pooh theme song to her resume, she has caused said hipsters to suddenly feel a little tight in the pants.

Deschanel and M. Ward, who usually go under the moniker She & Him, have performed a few songs for the soundtrack to the upcoming 2D animation of the Disney classic. The two have written an original song, “So Long,” for the credit sequence, and we can only guess where this cover is going to come into play (hint: theme songs usually come at the beginning). Deschanel’s ’60s-influenced and soulful voice plays perfectly with the overall feel of the Winnie the Pooh series. If this cover or the idea of 2D, hand-drawn animation that wasn’t made over 2o years ago doesn’t make you want to see the new movie, we don’t know what will. Listen below. (via Covering the Mouse)