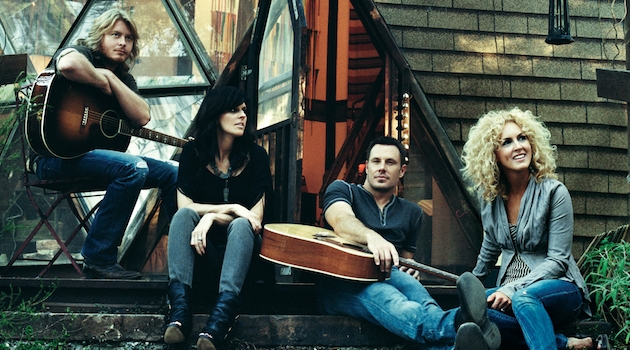 Of all of them, it seems only Katy Perry had the gall to change the lyrics; it’s possible that she just didn’t quite know the lyrics, but she was met with controversy for it either way. In the song’s most recent high-profile cover, country-pop group Little Big Town has changed the lyrics a bit as well for the latest installment in their “Scattered, Smothered, and Covered” video series. The change is a minor one – rather than talking about the mother helping the singer with hair and makeup, the mother is simply doing her own hair and makeup. While the change may be seen as something of an affront to the song’s status as a gay anthem, it’s no more drastic a change than the gender switch so commonly found in covers. It’s certainly less offensive than Perry’s alteration of “I was born this way” to “you were born this way,” after all. Little Big Town keeps the first person perspective on that chorus and ultimately doesn’t change the song’s meaning.

What they do change is the sound, and to good effect. They keep the poppy tune, but bring in a solid country sensibility. Their vocals have that extra twang, and they’re helped out by the banjo, upright bass, and brushed snare drums accompanying the four vocalists and two acoustic guitars. In a world where Gaga is inescapable, Little Big Town reminds us of clear country air and fields of tall grass – not just weird egg palanquins and outfits made of raw meat.

Check out more Little Big Town at their website.

One Response to “Little Big Town Country-Pops “Born This Way””