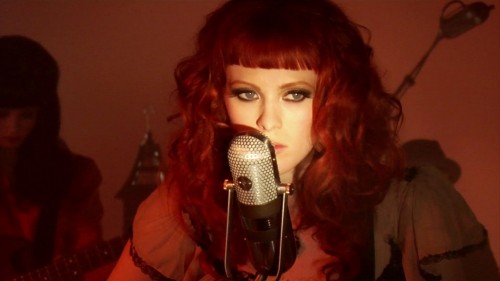 Though we can’t find any concrete confirmation of White’s involvement, Elson’s cover of “Vicious,” the opening track on Reed’s second solo album Transformer, has her husband’s fingerprints all over it. From the piercing guitar bites during the verses to the wild, super-processed solo, White must have had something to do with this – he did produce and play on her debut album last year, after all. And Elson nails Reed’s half-sung, half-spoken vocal with just the perfect dose of model indifference. Check it out below.

For more info on Karen Elson head to her website (you may want to turn the sound down a bit first).