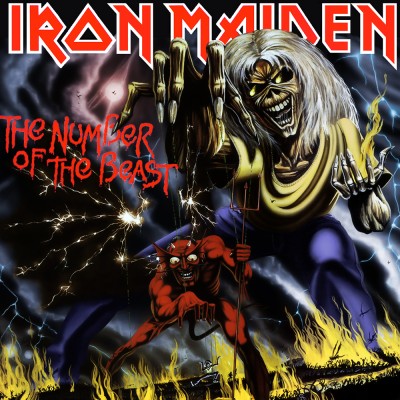 For now, though, we bring you our track-by-track, cover-by-cover look at Iron Maiden’s seminal The Number of the Beast. Eight songs, eight covers, in a wide variety of styles. Maiden songs translate beautifully to other genres, and musicians across the musical spectrum have taken advantage.

Maiden fans don’t screw around. That’s the lesson we draw from Thingfishy’s website, where he attempts to cover every Iron Maiden song ever released! He’s not there yet, but damn is he close. Though they take a similar bedroom approach, his performances are miles above the typical webcam confessionals you see on YouTube. Check out his Joe Strummer rasp and acoustic solo on “Invaders.”

Baaba Kulka – Children of the Damned

This album’s only been out for two weeks, but we can pretty much guarantee you’ll be seeing it again on 2011’s Best Cover Albums list. This Polish quintet reinvents 10 Maiden cuts in a jazz-cabaret-pop hybrid uniquely their own. Gaba Kulka’s soaring vocals on “Children of the Damned” bop along pleasantly, trading head-banging for toe-tapping.

In a set that veers across genres, this is the only true metal song of the bunch. It’s a very different sort of metal though: sludgier and more languid than Maiden’s hyperactive approach. It stomps along like Godzilla, unstoppable in its slow brute force.

Metal tribute albums tend to go a certain way: lesser bands try (and fail) to copy the original songs. Count Food for Thought the beautiful, blissful exception. A novelty concept – one group covers Iron Maiden deep cuts in a variety of genres – holds together beautifully, with folk duets (“The Angel and the Devil”) and disco jams (“The Mercenary”) coexisting in harmony. “22 Acacia Avenue” may be the best of the bunch though, as smooth samba segues into lounge piano.

Lucky Uke – The Number of the Beast

Novelty ukulele covers seem to be in vogue these days (see: Amanda Palmer), but Lucky Uke offers musicality that transcends the kitsch. This funky jam combines a small folk-rock combo with tasteful vocals that clash beautifully with the devilish lyrics.

One October night in Paris nine years ago, Dream Theater covered The Number of the Beast in its entirety. Many of the songs got relatively faithful interpretations, but “Gangland” finds a power ballad beneath all the shredding. Cue piano solo!

Hellsongs – Run for the Hills

No one covers metal songs like Swedish trio Hellsongs. They’ve run a half dozen Maiden songs through their folkie stylings, turning thrashing rockers into chestnuts of quiet beauty. “Run for the Hills” is their best-known song, so popular they recorded it twice. We think you’ll hear why.

Cover Me actually premiered this track a year or so ago, but we’re glad to revisit it. This gypsy-punk instrumental finds Peter Hess (of Balkan Beat Box) and Franz Nicolay (formerly of The Hold Steady) ripping through accordion solos and klezmer clarinet on a somewhat drastic reinvention.

Don’t own the original? Pick it up at Amazon, iTunes, or your local record store. Also, check out more Iron Maiden covers in our archive.

4 Responses to “Full Albums: Iron Maiden’s ‘The Number of the Beast’”