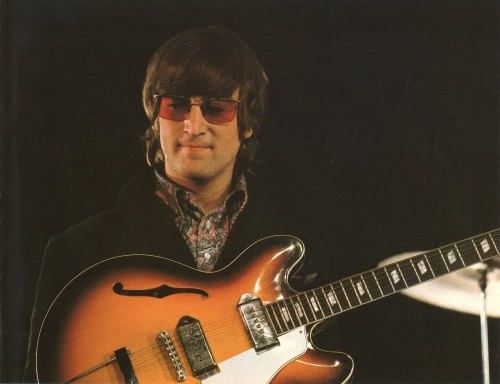 The Beatles’ pilgrimage to India in 1968 led to an outpouring of new material from John Lennon, Paul McCartney and George Harrison, all of which competed for space on their new album (the White Album). Though it didn’t make the cut, Lennon’s “Child of Nature” reappeared in 1971 on Imagine with different lyrics and a new title: “Jealous Guy.” The song stands as one of Lennon’s best, the desperate plea of a jealous lover who realizes that he may have gone too far, pushing away the very person he wants near.

The song received little attention during Lennon’s life but gained prominence after Roxy Music released a cover of the tune in February 1981 as a posthumous tribute to the recently-slain superstar. Featured in the 1988 bio-doc Imagine: John Lennon, Lennon’s version was finally released as a single in the U.S. and has since been included in several compilations of his works. Below are five covers by artists brave enough to take the song on.

1. Chicago soul-singer Donny Hathaway seemed destined for stardom until he was struck by paranoid schizophrenia on the brink of success. He struggled for several years before finally committing suicide at the age of 33, just as it seemed he could pull things together and start recording again. Listen to his stunning live interpretation of Lennon’s tune to get a hint of what the world lost.

2. Speaking of tragic losses, singer-songwriter Elliott Smith also died by his own hand. Here he sings a solo acoustic arrangement of “Jealous Guy” complete with the whistle solo. His fragile voice complements the song perfectly, expressing the pain and regret in the lyrics.

3. Ry Cooder joins The Pahinui Brothers, sons of a Hawaiian slack guitar pioneer, on slide guitar for this reggae-fied cover. An odd adaptation that works surprisingly well, the Brothers show the lighter side of the song. Cooder’s slide, meanwhile, harkens back to some of George Harrison’s classic work in the early ‘70s.

4. Long Beach soul singer Delmos Wade delivers a cool cover heavily influenced by Donny Hathaway’s version. He truly sounds as if he “was dreaming of the past” with his reverby, harmonized lead vocal, turning the song from an apology into a seduction.

5. Sixteen-year old teen sitcom stars tend not to produce great music. Elizabeth Gillies, star of Nickelodeon’s Victorious, stands as an exception with her take on “Jealous Guy.” Sure, she gets a little Xtina at the end, but overall she gives us a sensitive rendition without descending into schmaltz, singing like a girl who is wise well beyond her years.