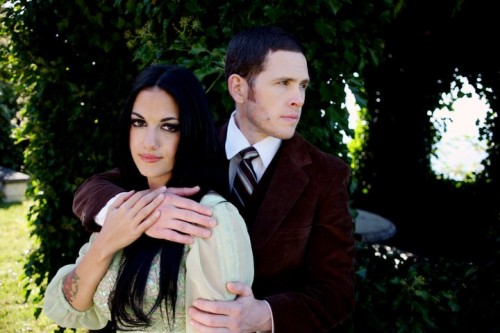 Oh, what time can do for a band. During their heyday in the early ’80s, Hall & Oates were scorned by many, seen as purveyors of a crass commercial product and symbolizing the death of music as an art form. Well, the ’80s revival has not only brought us the return of Casio keyboards and the TR-808 drum machine, but a reevaluation of the  much maligned duo. The Bird and the Bee even recorded an entire album of Hall & Oates songs last year with the somewhat tongue-in-cheek title Interpreting the Masters Volume 1: A Tribute to Daryl Hall and John Oates. Newfound respect possibly, although they are still top contenders for the cheesiest looking band of all time.

Another Hall & Oates cover has appeared on the Cover Me radar, courtesy of the band Romeo + Juliet, a cross-country psychedelic rock duo from Seattle and Pittsburgh. Check out their video, released last fall, below. The track has a similar feel to Lee Hazelwood’s collaborations with Nancy Sinatra and would fit in well on a Quentin Tarantino soundtrack. The visuals match nicely, looking like a late ’60s Italian horror movie.

Check out more Romeo + Juliet on their website or on Bandcamp.