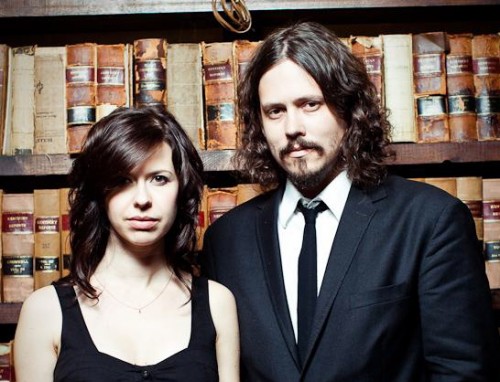 The Civil Wars have made a reputation for themselves as great live performers. The duo, Joy Williams and John Paul White, inaugurated the band by recording their second show ever. They released it as a free album, Live at Eddie’s Attic, which has become a grassroots success with over 100,000 downloads. So it’s no surprise that they’ve done a series of standout live covers since they formed in 2008. Williams says, “We happen to have a great affection for covers…we sort of noodle around trying to find which song sings back to us in the midst of trying to cover a song.”

The delicate harmonies between Williams and White, usually framed by graceful, straightforward acoustic guitar, are the focal point of The Civil Wars’ performances. The pair brings their organic, improvisational sensibility to a diverse array of other artists’ work. As you’ll hear in their covers of “Billie Jean” and “I Want You Back,” they have fun surprising audiences with quirky song choices and arrangements.

Live at Eddie’s Attic includes a stripped down performance of the Leonard Cohen standard “Dance Me to the End of Love” that highlights the pair’s gift for haunting harmonies. It also features Sade’s “No Ordinary Love,” with Williams and White trading the warm vocals and strong bass of the original for a short, sorrowful acoustic duet with a simple guitar backdrop.

In other takes, the duo switches genres with tracks from Michael Jackson and the Jackson 5. They earn their many comparisons to The Swell Season with a quiet, measured version of “I Want You Back” that puts a sad spin on the bubblegum lyrics of the Jackson 5 original. The pair also injects their distinctive sound into “Billie Jean” by slowing down Jackson’s hit with country-tinged harmonies and White’s old-fashioned blues guitar. Finally, they weave through the Smashing Pumpkins’ “Disarm” with their consistently sharp simplicity. Williams introduces the track by admitting, “We debated whether or not to actually [cover “Disarm”]…this band we’re about to cover is very sacred to John Paul and to me.” They describe the cover as a risk; it’s a successful one, especially when they produce the surprisingly robust final chorus with only two voices and one guitar.

Find out more about The Civil Wars and download Live at Eddie’s Attic at their website or MySpace.

5 Responses to “Under the Radar: The Civil Wars”