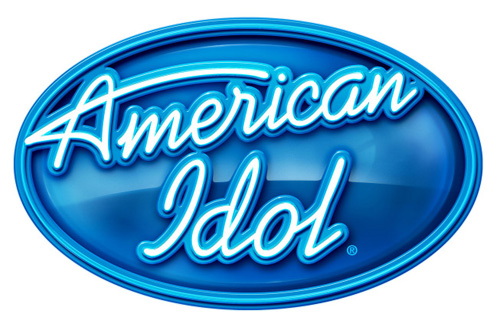 Disclaimer: This won’t be a strong defense of any particular American Idol artist. Let’s face it, the show has produced some music that’s utterly indefensible. You won’t catch me rocking out to Clay Aiken in the car anytime soon, mostly because “Invisible” is the creepiest song ever written. But a lot of music fans are quick to dismiss Idol as the lower common denominator of pop culture (an award properly given to the truly meritless Bridalplasty), when the series possesses several redeeming qualities. Chief among them: the ability to surprise audiences with the appearance of a knockout cover bobbing in a sea of dreary copycat performances.

I’ll admit that the critics are usually right. Most of the time, Idol is nothing better than glorified karaoke. Good covers reimagine a song in a way that gives it a new sound and meaning related to its vocalist; many Idol renditions are rote rehashes or, worse, Muzak versions of great songs that have been stripped of all emotion and creativity. This issue uncovers Idol’s biggest flaw. Even in later rounds, there remain many mediocre musicians who, while technically competent, lack any creative spark. Sometimes, however, the show discovers a Kelly Clarkson or Carrie Underwood – a talented, marketable star. It’s these standouts who redeem the musical content of the show by producing performances that undermine the “just bad covers” criticism.

Considering the unfavorable ratio of bad covers to good, is Idol really worth watching? Yes, because the exceptional performances shine even more brightly among dozens of butchered versions of “Bridge Over Troubled Water” and mangled Beatles classics. The strongest Idol covers break out of the reality TV format and become showcases for artists, transforming songs rather than just repeating them. Blake Lewis’ beatbox take on Bon Jovi’s “You Give Love a Bad Name” might be the best example of a good Idol cover; it was unexpected, showed the audience who he was as a musician, and managed to be technically competent too. The same can be said for Adam Lambert’s Gary-Jules-influenced “Mad World” (the only song featured on Idol that I’ve ever downloaded), and Fantasia Barrino’s emotional “Summertime.” These contestants got ahead of the pack by doing what real musicians do when covering songs: injecting their personality into the performance. Surprisingly nuanced musical moments like these give Idol, so often a nightmare of bland production and corporate sponsorship, a touch of personality and artistic viability. They’re the strongest answer to critics who say there’s very little talent in the talent competition.

I mentioned Carrie Underwood and Kelly Clarkson above. Considering the different genres they entered in their post-Idol careers and recordings segues into something else that makes Idol covers less reprehensible than critics suggest– theme weeks. The show’s theme weeks are often maligned for forcing artists to perform outside their genres, spawning horrible results. If you had the misfortune of seeing Bee Gees Night a few seasons ago, you know exactly what I mean. However, what often makes a cover interesting is its combination of a song with an unexpected genre, and theme weeks do make for some creative, if not always successful, matchups. If nothing else, it’s interesting to see what a country contestant will do with Poison during Hair Metal Week, or how an R&B singer will take on Streisand Night. Sometimes the genre shift is successful– see Kris Allen’s personalization of Kanye West’s “Heartless,” as well as Lewis, above. Also, the diversity of contestants who have to find a niche in each theme demonstrates something else commendable about Idol: it’s a forum where musicians from all genres can succeed.

American Idol is starting its tenth season, so Fox is airing approximately three billion hours of the early rounds each week. And yeah, that’s annoying, just like the unnecessary misspelling in “Since U Been Gone.” But “Gone” is a surprisingly good pop song, and Idol sometimes produces surprisingly good covers. Occasionally it even weeds out a great one, and then it becomes clear why the show tops the Nielsen ratings; the genuine talent displayed by a contestant and the overnight fame it creates make for captivating television. It’s not the highest form of art, but at least it’s not Bridalplasty.

3 Responses to “In Defense: American Idol”