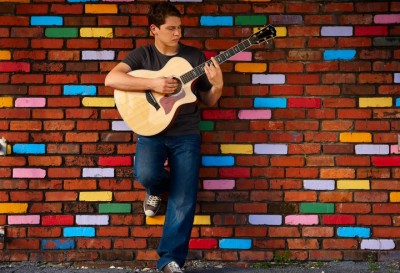 It’s hard to beat Portland Cello Project‘s cover of Kanye West‘s “All of the Lights.” Instead of trying to top it (or the original), Cris Cab, the 17 year-old hailing from Miami, has transformed the song into a reggae-acoustic fusion tune that’s sure to get stuck in your head.

Cab, who has been taken under Pharrell William’s wing and is receiving all kinds of buzz from the interwebs, not only covers West’s supergroup hit, but also switches it up with original lyrics, complete with Charlie (Sheen) Estevez jokes. The video also features shots of the Miami nightlife and beaches, so it’s a fun watch along with the listen.

Check out more of his videos (including a Wiz Khalifa “Black and Yellow” cover) on his YouTube and become a fan of his on Facebook so you can say you knew the next Bieber before he was the next Bieber.