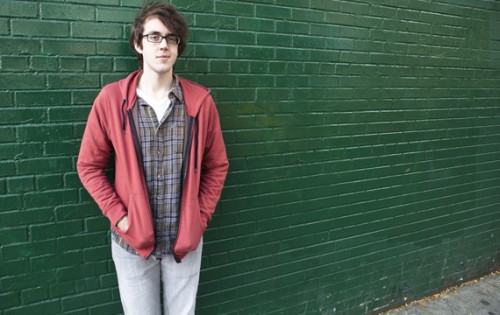 As purveyors of lo-fi power-pop, Cloud Nothings have the luxury of being able to crank out songs like McDonald’s Big Macs. But since no one human being can write songs at the rate that lo-fiers can record – except perhaps Guided By Voices’ Robert Pollard – covers often show up as part of the repetoire. The Cleveland-based band, a vehicle for frontman Dylan Baldi who looks not a day over 14, recently recorded a version of Neon Indian’s “Local Joke.”

The result could easily pass as a D.I.Y. single from the late ’80s. Some of you older folks remember these, with photocopied covers and the band name spelled out in individual pieces of newsprint like a ransom note. Sped up and stripped of keyboards and sound effects, there’s little chillwave here. The power of pop shines through, however, as you’ll see when you download the track below.