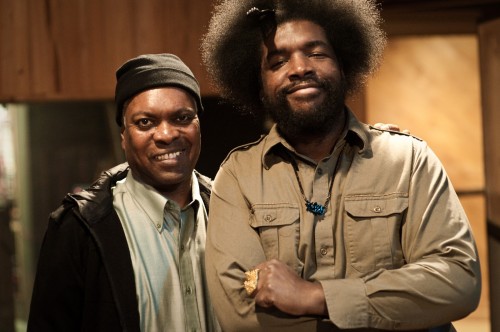 Any soul music fan has surely worshipped at the altar of Booker T. Jones at some point. Jones led the legendary combo Booker T. and The M.G.’s, the house band at Stax Records that backed up Otis Redding, Wilson Pickett, Sam & Dave and others. Additionally, they recorded some of the most recognizable instrumental music of the ’60s, most notably “Green Onions.” Their instrumental tribute to The Beatles Abbey Road, entitled McLemore Avenue is well worth seeking out for any cover fan. In fact, “I Want You (She’s So Heavy)” recently moved on to Round Two in Moptop Madness.

At 66 years old, Jones still pounds the musical pavement. His new album, The Road From Memphis, drops on May 10th and includes this version of Lauryn Hill’s “Everything Is Everything.” With the help of The Roots, Jones makes the track even funkier than the original, amazing as that may seem. And, of course, the warm sound of his Hammond B-3 organ dominates the mix. Check out the video below. (via Rolling Stone)