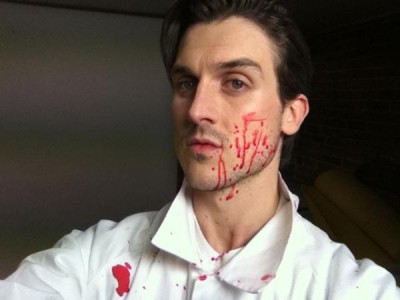 Not many songs get dedicated to Colonel Gaddafi these days, but Australian singer Andy Bull goes way out on a limb by keeping the beset dictator in mind during his soulful cover of “Everybody Wants to Rule the World.” While he quickly, and hilariously, recants his misguided homage, he still belts out a version of the Tears for Fears song that could lift the spirits of even a failing despot. Well, “belts out” might be misleading: Bull’s voice is more of a chirp. Think Perry Farrell, but on-key. Bull and his friends slow the song down slightly so that it shuffles; keep the heavy, gated reverb on the drums; and let the synths take a whispering backseat. This allows Bull the room to let his R & B-styled singing amble around, sometimes dragging far enough behind the rest of the song to almost come off the tracks.

Somehow, he does keep the song cohesive, immediately reminiscent of the original, and yet new in all the right ways. Even if NATO isn’t trying to oust you right now, you can still watch the video below and allow yourself to be sucked into the comfortable world being built here.

Check out more from Andy at his MySpace page