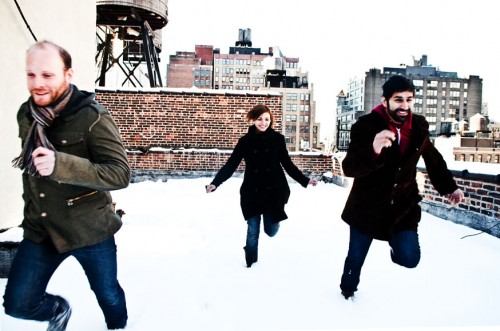 Two weeks ago we premiered Revolver’s brilliant French-pop cover of ABBA’s “Lay All Your Love on Me” and now we return with the latest in a trend absolutely no one is calling INDIEBBA. For Billboard’s Mashup Mondays series, the Rural Alberta Advantage took on another ABBA song. Thankfully, they too avoided the obvious “Dancing Queen.” No, they invited “S.O.S.” into their Americana style. Well, really singer/guitarist Nils Edenloff did, as the other two members remain on the sidelines.

“It goes back to where the band started,” Edenloff told the site. “[We had a] terrible open mic night that no one would come to, so we had to get a whole bunch of material together — some ended up being Rural Alberta songs, but some was filling up the night with covers.”

One Response to “The Rural Alberta Advantage Folkify ABBA’s “S.O.S.””